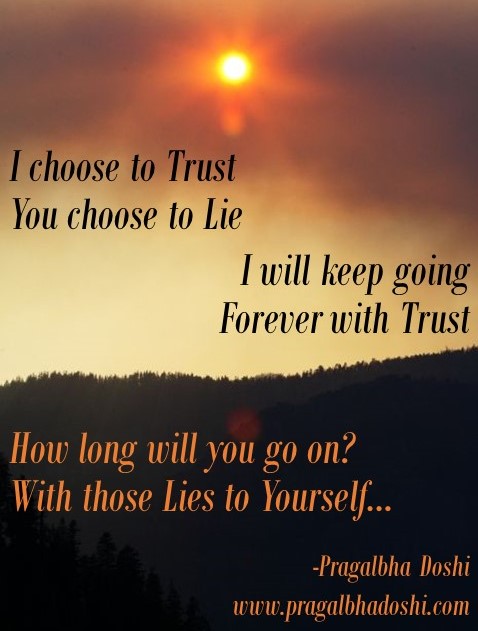 When we Trust, what is it that we really Trust? Is Trust about someone other to be a certain way forever? Is it really Trust if it is dependent on some other’s choice?

When we Lie to someone else, if ever, is it that we lie only to them? Is Lying anything about keeping the Truth to ourselves? Is it really Lying, if we are oblivious of Truth?

Maybe Lies is just what we believe or base our choices on, for comfort. Maybe we live the Lies that feel like they give us the ability to keep going.

Question is – How Long?

P.S. This post is a contribution to ForgivingFridays on ForgivingConnects – a blog by Debbie Roth that empowers through forgiveness and acceptance. 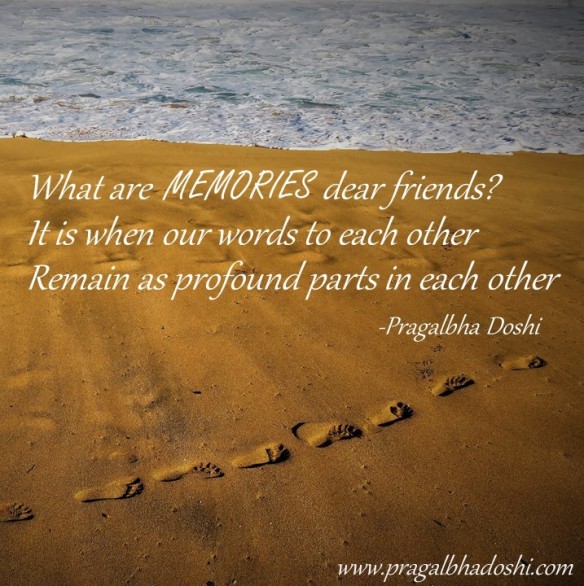 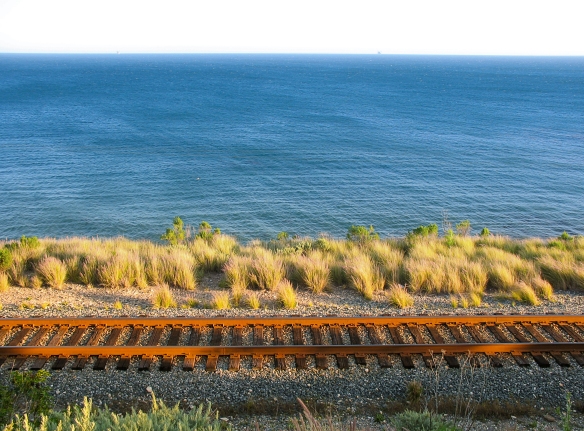 We simply See each other
To intersect, not bother
It is our insistence
To be on the parallel track
In this ocean of existence

P.S. This post first appeared on This Glorious Mess on Medium

Do I have a personality?
I grew up feeling none.
I kept wanting one.

Do I have a personality?
Now supposedly a grown-up
I am not sure I have one

A new friend in conversation
In complete awe of my hard-core choices
Called me in myself an institution
And visiting me a few days later
Found me a sobbing mess of confusion
Befuddled she told me
“Never imagined You could become this”
I confided in her honestly
I needed the friend in her
As much as she used the one in me.
She probed further if I had ever cried
For those times such and such
I said yes I did
When at times I became human as much

P.S. Dear Debbie, I gladly contribute this poem to ForgivingFridays, as a gesture of forgiveness for everywhere we judge ourselves for what we are. Thank you for being here.

An artist of life, similarly
Picks up from a palette of emotion
Lends a hand to Creation
Knows each one very intensely
Pain & Joy, Anger & Love, Fear & more
In all their potency
Has felt them all to the core

Now do you laugh or cry?
When the one who sat with your sigh
While your times were crappy
That someone as if can’t stand you
When you are now happy

Now do you hurt or smile?
When someone visited with you
As if when you were dying
That someone acts as if shocked you are living

Now do you stay or let go?
Someone stayed (or played) with you
When helpless in sorrowful strive
And now denies you exist even so
As if unable to see you thrive …

Mom: My dear friend asked me a question “What would you attempt to do if you knew you could not fail?” What would you say?
Son: I don’t know  …maybe I would become the greatest soccer player …
Mom: Oh but you already play soccer and you are good at it. Think of something that you haven’t tried but would love to …knowing you couldn’t fail.
Son: What did you answer your friend?
Mom: Well …if I actually choose to do something then chances are high I wouldn’t fail.
Son: You mean you haven’t like ever failed at anything?!!
Mom: Well, I don’t remember anything that I look at it as failure, either I succeeded or learned something about myself from it.
Son: But you must have failed at summmthing that you attempted to do?
Mom: Hmm …ok so the first time I was learning to drive a 2 wheeler, I broke my arm and cannot ride one even now. But look at it this way …I now drive a 4 wheeler and it doesn’t matter to me if I ever can drive a 2 wheeler.
Son: What about something that mattered to you? Like your school?
Mom: Right, tell me why is school any different? If it matters to you you will work at it to succeed …or you could attempt something radically different because you know you could not fail.
Son: Mom you are wayy too different than most people around!
Mom: Why?
Son: You are always too optimistic …normally people are not like that …(shaking his head, eyebrows high and a grin) …

An artist of life, similarly
Picks up from a palette of emotion
Lends a hand to Creation
Knows each one very intensely
Pain & Joy, Anger & Love, Fear & more
In all their potency
Has felt them all to the core